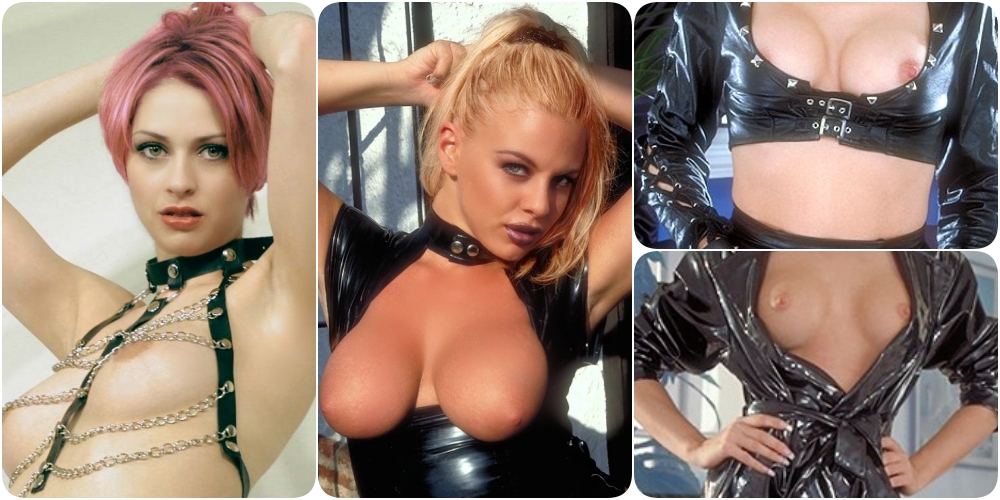 Get dominated and humiliated by a Phone Sex Mistress by calling 1-888-432-2352 for only $1.69 per minute. Cheap Phone Sex rates are explained on the preamble recording when you call. You must have a credit card because we cannot bill your telephone. Call for free now to get the details!

Fetish Phone Sex is our Specialty

Calls are $1.69 per minute and they MAY vary so please listen to the Preamble very closely so you can make the right choice for your wallet AND your desires! Some rates are subjected to different prices but it will be explained in detail. Please listen closely and have your credit card ready.

No Connection charges. Simple automated billing by phone. Billing is Discreet and we never mail anything to your home. Your information is kept secure.

There are NO TABOOS. We have no rules, terms, limits, or restrictions on topics that can be discussed. Our Babes talk about anything and everything. Your conversations are not monitored or reported, and your account can never be blocked or banned because your fantasy is considered too "extreme". We are Open 24 hours per day and 365 days per year including holidays. 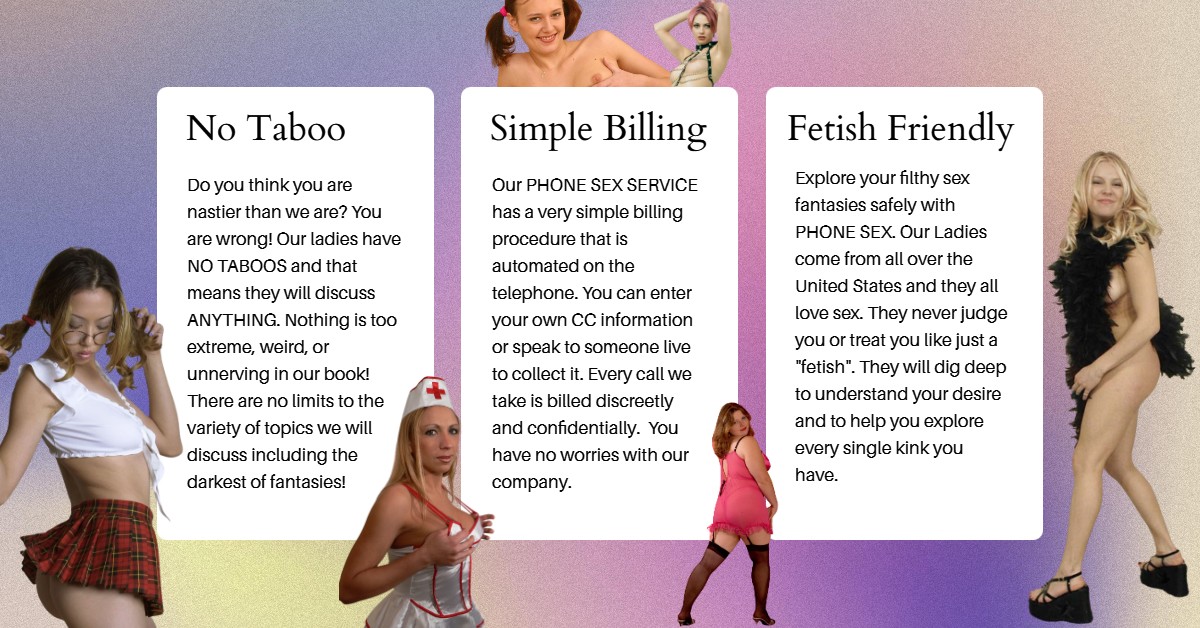 The Basic Terminology and Styles of Domination

Animal transformation fantasy: Fantasy in which the focus is on the sub entering the altered mind space of a different species, typically a dog, pony, or horse.

Abrasion: Using something rough (such as sandpaper).

Age play: Usually referring to daddy/daughter or mommy/baby role play. Does not usually include or imply aspects of incest, but rather the nurturing relationship of parent/child or teacher/student.

Auctioned off: Dom/me auctions off the Slave to the highest bidder (usually supervised and for temporary use).

Bottom: submissive or one who gives up control, or simply one who receives physical sensation from a Top in a scene.

Collared: Submissive or slave who is owned (usually in a loving intimate relationship)

Collaring: The formal acceptance by a dom, of a sub’s service. Also, the Ceremony is when a Dom commits to a sub (much like a wedding).

Consent: Mutual agreement to the terms of a scene

Consensual non-consensuality: A mutual agreement that within defined limits, or subject to a safe word or other restrictions, and commonsense, consent will be given as read without foreknowledge of the exact actions planned. As such, it is a show of trust and understanding and is usually undertaken only by partners who know each other well or otherwise agree to set clear safe limits on their activities.

Contract: A written-out agreement between the Dom/me & sub. It can be either formal or not and is usually written after much negotiation by the Dom/me and the sub, outlining what structure, guidelines, rules, and boundaries to the relationship are agreed upon by the two. It is NOT legally binding but should be taken seriously.

Fetish: A specific obsession or delight in one object.

Golden showers: Urinating on, or being urinated on by, another person.

Hard limits: What someone absolutely will not do, usually non-negotiable.

Harem: A group of subs serving one or more Dom/mes.

Impact play: Part of sensation play, dealing with impact such as whips and riding crops.

Knife play: Slow, methodical sensation of the bottom with the edges and points of knives, usually without cutting the skin. Fear of the weapon plays a large part in the stimulus of the bottom.

Limits: What someone “won’t” do or is hesitant to do

Mummification: Immobilising the body by wrapping it up, usually with multiple layers of tight thin plastic sheeting. Breathing and other safety measures must be appropriately taken care of, often by leaving the face (or at least the mouth and nose) open. Body temperature (maintained to an extent by movement) may also be affected so a warm environment and warm aftercare may be important. Mummification is often used to enhance a feeling of total bodily helplessness, and incorporated with sensation play.

Needle play: Temporary piercings done with sterile needles of varying gauges, usually only for the duration of a scene.

OTK: Over the knee (spanking).

Pain slut: A person who enjoys receiving a heavy degree of pain but may or may not necessarily enjoy submitting.

Puppy Play: Sub is made to act like a puppy. Sub barks, whines, eats from a bowl, etc. Such play is almost never sexual but rather focuses on the altered mind-space of the bottom/pup.

Sadism: The act of inflicting pain.

Slave: Person who gives up a great degree of control in an ongoing D/s relationship, sometimes with few remaining limits. Often those who identify as “slaves” have a great desire for being of service to their dominant, sometimes referred to as “service-oriented submission.”

Slave Position: Also called The Pleasure Position. Sub is kneeling, legs spread, head down and hands on thighs, with palms up

Soft Limits: Something that someone is hesitant to do or nervous to try. They can sometimes be talked into the activity.

Submissive, or “sub” for short. A person that gives up control either all the time or only during a scene

Subspace: A “natural high” that a sub gets during a scene or when being controlled.

Switch: Someone who likes being both Dominant and submissive, either in one scene or on different occasions.

Tease and denial: keeping another person aroused while delaying or preventing resolution of the feelings, to keep them in a continual state of anticipatory tension and inner conflict, and heightened sensitivity. Also, see orgasm denial.

Top: Dominant person either all the time or only during a scene.

Topping from the bottom: A submissive who nonetheless wants to direct the top.

Training: Either referring to a short period of time (a scene) or an ongoing effort of the Dom/me teaching the sub how to act. Can either be a playful thing or a serious thing, depending on the couple.

Wax play: The Dom/me drips hot wax on the sub.